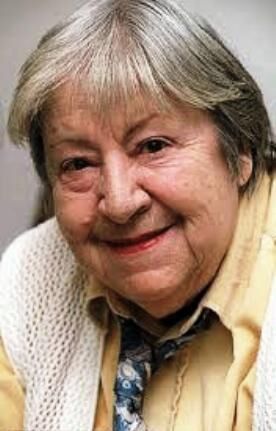 Gloria Fuertes García, the great poet and writer born in Madrid on July 28, 1917 in the Lavapiés and she has died on November 28, 1998. Gloria was castiza to the core.

In one of his books, speaking of the stage where he lived in America wrote: – I’m so cool that when I say «yes», everyone notices that I am Lavapiés.

I met her in May 1990. As part of the celebrations of San Isidro. I was invited to participate in a round table in a radio program in which she was.

The subject that was spoken in the program was «Women, sexism …» I remember something. Gloria and I had opinions. I did not agree with her on several things and she said, «you are very young, when you have more experience, you will notice that I’m not so wrong.»

When the program ended, I said that although we had not agreed to our proposals, would like us to see us one day to continue talking. I said I was a brave woman and she gave me her phone number to call her. I did not do it. He gave me trouble call such an important woman, whom he admired so much, but … I phoned her and made an appointment at home. It was genial. Her house to which she likened to «a streetcar» was full of books, pictures, plants, prizes and all kinds of objects that had been given. 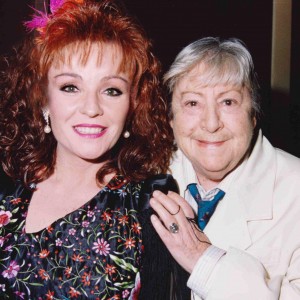 I was showing all with happy face of girl proud of her belongings. That first day I spoke about his childhood and how she felt the war of 36, suffering it in a way that left her scarred forever and as a result became a pacifist. She told me about their friends, their parents, their loves, the head in his office. She told me about so many things … I said, «I invite you to something. Go to the fridge that is in that room and get what you want. » I told him I did not want to take anything. She insisted and showed me that he had, refreshments, leaving him real good cooked stews Charo, puddings, etc. Caught cod, cheese and ciabatta bread, he loved, and improvise a meal.

Thousands of objects were exposed there on the table, in the cupboard … On the walls, pictures of loved ones and many drawings that sent the niños. In the living room, next to the window overlooking the street Alberto Alcocer, a stretcher table where we ate often stews made us Charo, a woman who was working at home for many years and remained with him until the last minute.

A small table next to the couch «smoking» and never better, because Gloria was smoking a lot and enjoyed each of their «skinny» as she would say. She smoked Lucky Strike, Philip Morris, Chesterfield or without clear nozzle. On that table piles and piles of letters who wrote to him from all over the world and magazines sent to the newspaper that published his poems and photographs. 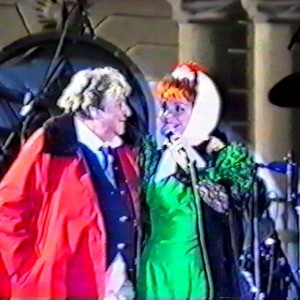 All around her gave you that nice feeling that there were many people who loved her. Also a notebook where he wrote his «monsters» as she was saying, ideas that later developed and became beautiful poems. Rooms full of books, hundreds of books.

Let’s keep talking. It got late and say goodbye on the landing of the stairs, waiting for the elevator, I first said: «Guide carefully, the cars are very dangerous.» I repeat that phrase every time to say goodbye.

I was captivated by that great woman-child, and returned home very happy, carrying in my heart a wonderful feeling that this was the beginning of a beautiful friendship. We met many times over. I went with some of my concerts, I invited his recitals, were left at home to see together one of the many TV shows that did.

We were staying with friends and family, and especially were staying at home to talk, talk and talk until the wee hours. She was always happy. I spoke of my concerns, my feelings, my romantic relationships and also of my illusions. She understood «everything» and had such a clear and positive view of things and special philosophy of life, which was sometimes strange to see me at his age, was still capable of surprising facts as (for example) people love her so much. She said: «I do nothing special, do not know why I want so much?» 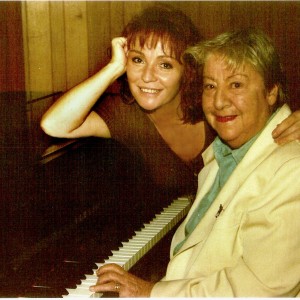 On one occasion we traveled together to Gijon. We went by train and lunchtime I was surprised taking a scrumptious omelet sandwiches pickled prepared by Charo. It always surprised me. On stage, she gave a recital of poetry and sang songs Madrid. We visited many schools bearing his name and spent the day surrounded by thousands of children who cheered and gave him his drawings and affection. On the return trip to Madrid, I said I wanted to go to the booth where «guided» train. I spoke with them and had a good time there. She enjoyed as a child.

One day I told him I had composed a melody for a song and I’d like her to write the letter. That could not forget. We stayed at home to work on the issue. I said, «Go, you go tarareándome music and I see what I do.» He covered her with his left hand which was writing in his notebook, with laughter and when I had finished he said: «Come, read, and see if you like». I loved it. The result was the song to see you drink double. I suggested me to record the song. She would recite some verses and sing other. He liked the idea and thoroughly enjoyed the day of recording the Kirios studies.

Another valuable contribution of Gloria was the letter of the song “BOLLITOS DE LECHE”. One day he told me he would like to do a children’s songs with some of his verses and I accepted delighted. I worked adapting the text of his works and thus was born «MOSAICOS». An album of children’s songs and carols, which Gloria and Caritas wanted to put music and voice.

A Gloria wanted without knowing it, and when it was known then, as if it was impossible to forget. One day, when I took her home, returning from one of his recital, by the Paseo de la Castellana, we saw that the circulation was cut. It was over a soccer match at the Santiago Bernabeu stadium and the police were dispersing people with batons. She, sticking his head out the car window, shouting at the policemen who would not hit people, and a young man came running from the burning, seeing her, he stopped. He kissed her hand and said: «Glorina, I read your poems, you’re wonderful. What luck to have met you! «. And he kept running. I passed these things when you were with Gloria. It was incredible.

The visiting many friends, writers, painters, singers, doctors, AIDS patients, priests (as she said) … It was for us an inexhaustible source of understanding and affection. One of his phrases joke was: «You’re so lucky. When you’re with me in glory, without dying, huh? «. They were his things.

We share holidays in Granada, with his best friends, living in a wonderful «cave» near the Alhambra. We also spent a fantastic few days in Malaga.

Gloria accompanied me on my second wedding, in the church of La Paloma (Madrid). He gave me a poem and gave me a written order: «Be happy.»

Mari Pepa accompanied by Gloria Fuertes the day of his second marriage, in the Church of la Paloma de Madrid.

I was privileged to enjoy for years of friendship and affection. One day I phoned and could not find at home all day. It was very strange because normally little left. I called my mother and told me that Gloria had called to tell him that he had been diagnosed with cancer and did not know how to tell me. That worried her. He told my mother: «Look to see how you tell the girl go, I do not know how to.» My God !, she worried about that … 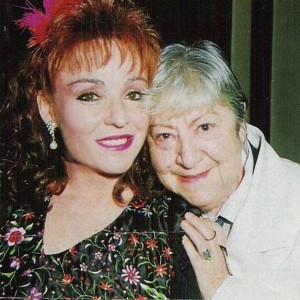 I did not want everyone to know. As we heard a few. The first few days I wanted to be alone. When I went to visit her telling me I had many sorrows and to pray to the Baby Jesus to take her with him soon. So it was, and we all were a little orphans to lose. They said he had been alone his last days. It was not so. She did not want them to know of his illness and so silent and so few people knew it and so, few people accompanied her farewell. We left the November 27, 1998.

She was surrounded by the people I wanted. She made his life as he wanted. She was fired as intended. She wanted so much to his friends that since the glory, makes us continue to feel the glory when we think of it.